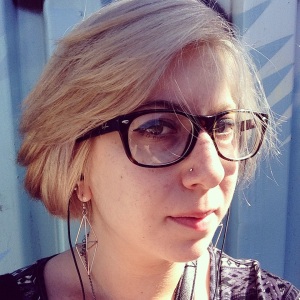 Technology today has improved and consolidated many different everyday tasks. It has also opened new possibilities for artists to further their craft. Angela Rizza uses G-tec pens and black water color, then adds the color in Photoshop to create her micro-detailed masterpieces.

Drawing became Angela’s passion at a young age, around second grade. She was encouraged by her grandfather, who was also an artist. His guidance, and her determination set the stage for Angela’s incredible body of work. Angela continued growing her talent by receiving professional instruction at school. She received a BFA from the Fashion Institute of Technology in New York City. She studied General Illustration, and had a focus in children’s book illustration her final year. The mix of fine art instruction, and fashion shows in her work. The characters often appear in elaborate garments, and shows a true competence for fashion styling in the images.

Artists draw upon their routines in order to harness the chaos of artistic work. Angela has a particularly active atmosphere while drawing. She enjoys starting the day off with crossfit training, or a long walk. This is followed by relaxation until about 2pm. When Angela becomes engrossed in a piece she can sometimes work until the wee hours of the morning. Each work is created one section at a time. Angela takes small breaks in between each station to stay motivated and fresh. Music, or a series on Netflix are essential background noise while she is working.

Nature and organic patterns are key inspiration points for Angela’s artwork. “Maybe I’ll see an interesting dress or leaf and I’ll just build an entire piece out of it.” Birds and poppy flowers are common themes, and can be found in much of her work. Angela also enjoys fantasy fiction and movies. If there is a particular book or show that sparks her fancy she will re-imagine the characters or story in her own style. Angela draws further inspiration from classical artists like Arthur Rackham and Audubon. She also loves the works of contemporary illustrators Joao Ruas, Victo Ngai, and James Jean.

Angela’s active lifestyle is key to her art, and her self identity. A year ago, Angela weighed over 200lbs. After meeting some great friends, Angela learned to love her body again, and eat healthy. Now she maintains a paleo diet and loves lifting weights. Since the change, Angela has lost 55lbs, and is striving for more. Now armed with a strong sense of self and at peace with a healthy lifestyle, Angela is able to create better than ever.

College gave Angela more than a degree. She built a support team with several of her classmates. She still meets regularly over Skype with a handful of her friends. Two friends in particular, Mickey Cyphers and Chase Stone, have played a key part in motivating Angela to keep moving forward, and encouraging her work in the art world. Rejection can wear on the desire to create, and these friends helped Angela to realize her full potential despite the roadblocks set before her.

Beyond personal endeavors and commissions, Angela has had her artwork featured in a variety of galleries and events. She has been featured in Imagine FX a number of times, and will appear in the next issue of Spectrum. Angela frequently does gallery work with Light Grey Art Lab, where she does collaborative shows and fun collections. Angela also enjoyed an event where she designed and created her own jewelry collection. Another great event was where Angela designed tarot cards. Currently, Angela is working on a counting series involving currency. She is also looking forward to more children’s book work, and hopes to illustrate for a more fantasy based story.

The peace that Angela finds from drawing by hand counterbalances her active lifestyle. She enjoys the deliberate precision of drawing and painting. Though the process of coloring in Photoshop is tedious, and not her favorite part of the creation. Angela’s goal is to improve drawing faces and the anatomy of figures. She is still discovering if she wants to maintain a more stylistic approach, or go with a more realistic form. Whatever new direction Angela’s work takes, we will certainly enjoy following this artist and discovering along with her.

You can see Angela Rizza’s work for yourself on her website angelarizza.com or follow her on Angela Rizza Tumblr