Freja is heading off to college with her best friend Hana, only to find her old crush is also attending!  This whirlwind romance has a lot of backstory, so buckle up!
Tearing Down the Wall was originally written in Fall 2012 when I discovered the online Hey Arnold fandom.  This story was written as a fanfiction during a turbulent time in my life.  I have always struggled with writing about my life and personal experiences.  Writing through the lens of fanfiction felt “safer” than writing nonfiction.  I also found a strong sense of community and made friends with artists that I’m still friends with today.  All this “safety” and encouragement allowed me to create this story.
This time period was turbulent for me because my marriage was beginning to fall apart and I was planning my retirement from modeling due to the downturn in the economy and my age in the field.  It was a very uncertain time as I was exploring new jobs while trying to pretend everything at home was fine.
I had not worked on my writing or my art after graduating college in May 2011 as I was pursuing my modeling career full time.  Diving back into my writing gave me an escape from the chaos and a voice for my struggles. 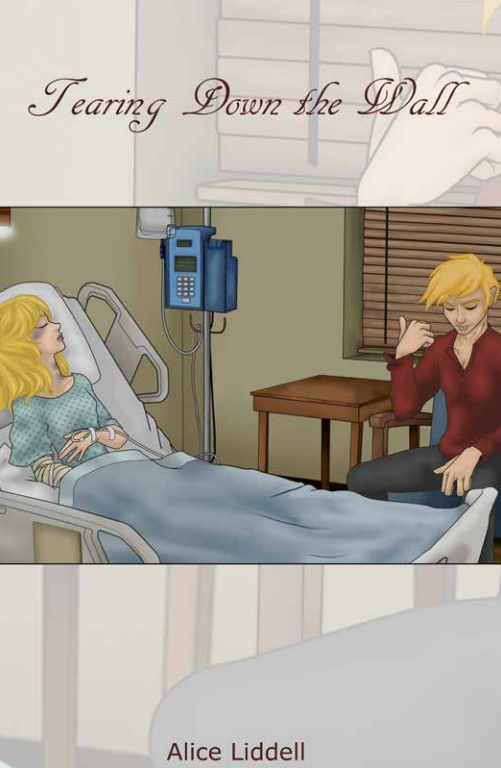 Tearing Down the Wall follows Freja and Alex and their budding college romance.  In addition to this, Freja discovers how fast and furious the modeling industry is and how if can consume your life.  I was fortunate to have had a fairly successful modeling career with only a few instances of cruelty.  But I heard plenty of stories from fellow models I trusted.
I wanted to show that the modeling world can be ugly and brutal, and yet have a glamorous allure that keeps drawing girls back in.  I also put emphasis on Freja finishing college and making plans to pursue a career in writing.  This was because it has always been my personal dream to pursue a career in writing.  It’s also important that models think ahead and have plans after their modeling career ends because it will end, and sooner than they expect.
Tearing Down the Wall May be a typical romance, but the characters and their struggles are a big part of me.  I hope they resonate with my readers.
Tearing Down the Wall is available on Amazon!