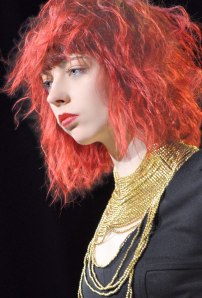 Ophelia Darkly is an in-house model for Cloud Orchid Magazine, as well as an assistant writer.  We were excited to hear that Ophelia was chosen to model in the TIGI Americas Beauty Show.  This hair show took place at the McCormick Center in downtown Chicago.  It was a multi-day event where Ophelia was styled and presented on stage by the TIGI hair stylists. 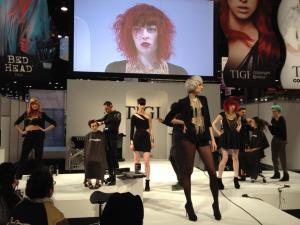 There were several other models on the TIGI stage.  Some had their hair completely colored, cut and styled, others received minor changes.  Each model was used to showcase the TIGI products, as well as the stylists’ abilities.  Ophelia recounts that the lights were extremely bright and hot.  She also was running on a lack of sleep and was dehydrated, so she was scared of passing out on stage.  We personally know that Ophelia is a hardy trooper, and she pulled through. 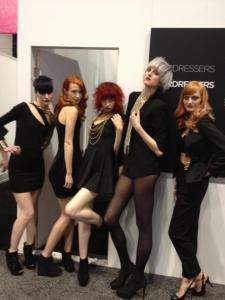 Ophelia received positive feedback from the TIGI company, and hopes to do more hair shows in the future.  We hope that this is just the first of many amazing opportunities for Ophelia this spring.