Alec Masterson is the younger brother of Little Alice.  He is a young film maker who often accompanies the Cloud Orchid Team on their projects.  He will be attending Columbia College of Chicago in Fall 2013.  He wears several hats- camera man, footage editor, screen writer, special effects man, etc.

We are glad to count him as a guest on our team and hope to create more amazing projects with him in the future. 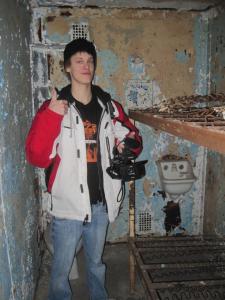